The purpose of this document is to inform residents about the project, the reasons for it, the history behind it, and links to additional information you will find useful and informative regarding reclaimed water in the State of Texas.

Listed below are website links to learn more about reclaimed water for irrigation: 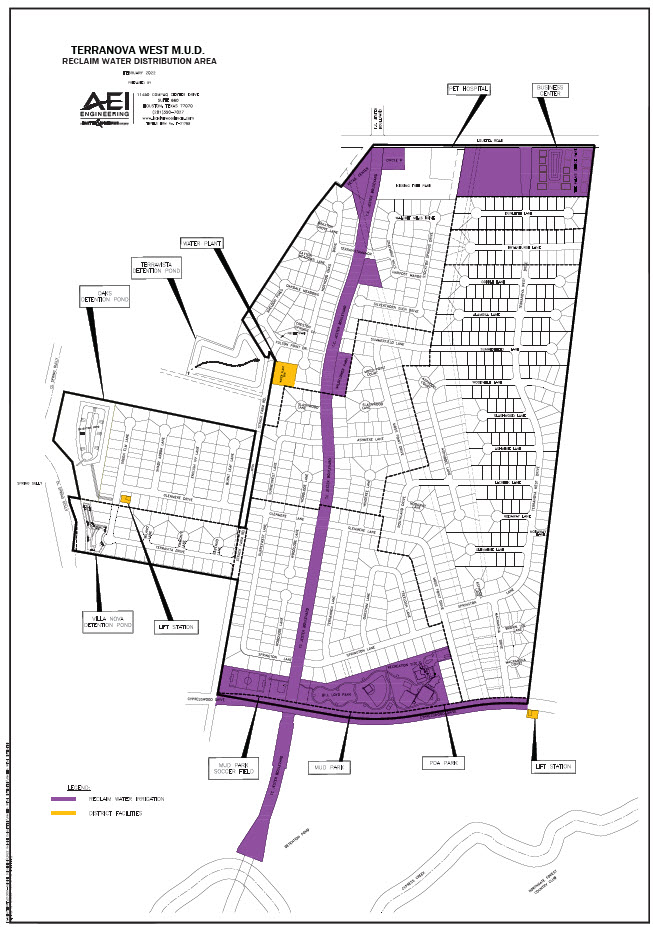 Unless otherwise posted, the Board meets at 6:00 p.m. on the third Thursday of the month at the Terranova West Clubhouse, 17623 Moss Point Drive, Spring, Texas 77379.

For persons with questions or needing help regarding website accessibility, or to request the provided information in alternative formats, please call (713) 651-0111.